A new threat has pierced the system.

Steel yourselves, Beacons, this fight just got a whole lot harder.

Eclipse is the second season of content for the LIGHT RPG. Last season, Spark, saw the arrival of a new threat to the system. Beacons powered themselves up with new powers, armors, and more. Did they do enough though? The invasion has just begun...

Our enemies are more coordinated than they have ever been. Something is orchestrating this assault on our solar system, and we're counting on you Beacons to take it out.

An eclipse is a brief period of darkness, when brilliant light is cast into ominous shade. We hope it passes, and passes quickly. This season, a threat we haven't faced yet has begun to eclipse our system. Not only does this threat need to be handled, but now the Beacons are spread thin across all of our holdings, keeping control of what we can from enemies of old.

Eclipse is all about the enemy forces. Beacons will need to decide where they are needed most across a system threatened from every angle. A new enemy faction has emerged from the pyramids, in greater numbers than anticipated. All that, and more, as our system hangs in the balance of an eclipse.

This season, a whole new way to play LIGHT is being brought to your table! Building on the Strike rules from last season, Eclipse will feature new rules to help you run a campaign for LIGHT. What better way to do that than with a map of the solar system?

You can find the system map download below. With the rules from the first module, you'll get the foundation on how to use the map to run your own high stakes campaign in the LIGHT universe!

LIGHT is a rules-lite RPG that is inspired by the video game, Destiny. In it, you play as immortal guardians of the last city on Earth, fighting back against alien forces, exploring a dangerous system, all while wielding incredible power.

How Does it Work?

The season of Eclipse begins in May with the release of the first module: Control.

Buying the LIGHT: Eclipse season pass gets you access to all of the modules as they are released throughout the season. The planned release schedule is a new module every 4 weeks! If you buy the season pass after it's begun, you'll immediately have access to all the previous modules, plus the ones to come!

In order to use the releases for Season Spark, you'll need the core rules of LIGHT, which are not included with this season pass. You can find them on the game's itch page. There is also a printed zine version of the rules that is available, if you want to hold the power of LIGHT in your hands.

You can also find Spark, the first season of LIGHT on itch as well! While the season has ended, you can get all four modules for one great price right now. 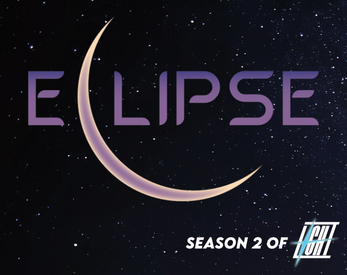